Here's a collection of some of the interesting news released over at the X02 in Europe:
Europe Goes LIVE!
XBox Live will be available in Europe on November 30th, a little over 3 weeks after the U.S. launch, for a "Test Drive" phase, similar to the U.S. beta testing. The European "Test Drive" kit will come packed with Online versions of MotoGP and Whacked!, most likely the same discs that will be included with the U.S. retail kit. The European retail kit will launch in UK, France, Germany, Italy, Spain, Belgium, the Netherlands and Sweden on March 14th, and will cost €59.99£39.99.

RPG Sudeki Announced For 2003 Holiday Season
A new RPG was announced in X02 Europe, titled Sudeki. You play as a cast of four different characters, who will be battling over 100 different enemies in real-time combat, which has been described as "Hong Kong-style cinematic combat." Sudeki is said to push the limit of what everyone thinks an RPG can be, and will be hitting stores Christmas 2003. No word yet on a U.S. release of Sudeki.

Thanks To Dar For The Screenshots!
Source: http://www.xbox.com/ 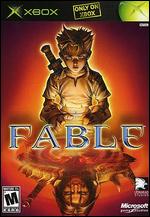