CHICAGO – May 23, 2003 – Midway Sports, the sports brand of leading software industry publisher and developer Midway Games Inc., announced today the winners of the Midway Sports MLB SlugFest Nationwide Cheerleader Tryouts. Sia Darmos and Amanda Gilbert will appear in upcoming Midway Sports videogames. Voted in by fans nationwide, Darmos and Gilbert will each receive $5,000 and the opportunity to travel and participate in exclusive Midway Sports promotional events. “Fans rallied around this unique promotion,” said Helene Sheeler, vice president of marketing, Midway. “We are excited to feature women in our games that have been selected by Midway Sports fans.” The Midway Sports Nationwide Cheerleader Tryouts kicked off on January 14, when women from around the country submitted videos for their chance to appear in Midway Sports games. A live event took place at Spring Training on March 19, where 25 semifinalists were narrowed down to five. Event judges included the winner of the MLB SlugFest Honorary Judge Sweepstakes, Matt Johnson of Tucson, Arizona; a talent scout from Famous Faces Talent & Modeling Agency; and St. Louis Cardinals® star and MLB SlugFest 20-04 cover athlete, Jim Edmonds. From March 21 through April 11, fans from around the nation cast their votes online to select the next two Midway Sports cheerleaders. For more information visit www.midwaysports.net. 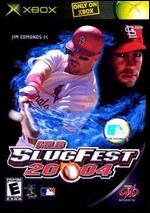