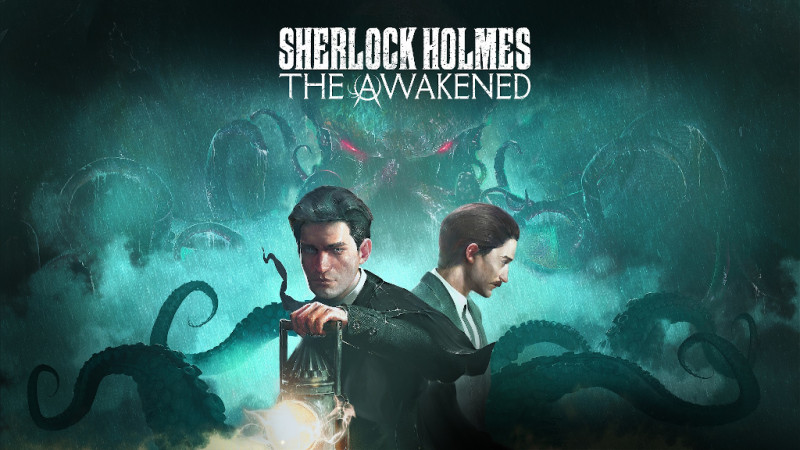 A collection of digital rewards, discounts, and being included in the game on offer to fans wanting to support the studio now as they fight for their own survival | Game planned for mid 2023 or sooner

Ukrainian developer Frogwares has gone live with their Kickstarter campaign to safeguard the funding of their Lovecraftian horror adventure, Sherlock Holmes The Awakened. Along with more details about the game and a collection of rewards for backers, the campaign page has two new videos from the team.

The first official trailer shows a young Holmes and Watson fleeing for their lives. A “misunderstanding” of sorts has led the New Orlean Sheriffs’ Department to hunt down the duo. After a few near misses from some shotguns, the budding detectives escape into the deeps of the surrounding swamps. But something seems noticeably off,  let alone with Sherlock, who seems to already be losing his hold on reality.

The team have also released a lengthy team update video. On top of stark images of what has occurred in Ukraine during the invasion, the video explains why Frogwares have opted for Kickstarer, how the team are currently dealing with the situation, and more on what The Awakened will be on top of some additional work in progress footage of the game.

“We opted for Kickstater to create a financial safety net for the game but also to try to give back to our closest fans wanting to support us now. This way we can give them that bit of recognition by putting their names and photos into the game while it’s still in development.”

“We also have decided to be very realistic with our other rewards and keep them all digital. We have seen devs in the past promise things that become very time-consuming to deliver. Our team simply doesn’t have that luxury.” - Sergiy Oganesyan, Comms Director, Frogwares

All the downloadable rewards on Kickstarter will be made available for purchase to all players in the future, but supporters of the campaign will be getting this content first and at a notable discount, including the game itself.

Frogwares do not have a set release date for Sherlock Holmes The Awakened but internally the consensus is that they will be able to finish and deliver the game by mid-2023, if not sooner.

The Awakened will be coming to PC, PS4, PS5, XB1, Xbox Series X/S, and Nintendo Switch.

Sherlock Holmes The Awakened is a Cthulhu meets Sherlock Holmes detective horror adventure. The game acts as a continuation of young Sherlock’s story with Holmes and Watson undertaking their first major case together. An Eldritch god-obsessed cult is making moves in the shadows to bring about a world-altering prophecy and it’s up to the young detective duo to thwart their plans. This is a creative take on what horror-filled and reality-breaking events could have met our heroes at such a crucial point in their lives to go on and shape them into the characters we all know they become. Delve into the trauma and fear that cements their friendship for good and the revelations that break Sherlock’s mind to create the flawed and haunted genius he is destined to be. Originally released in 2006, The Awakened is a full remake and substantial rewrite being rebuilt and redesigned from the ground up to run in Unreal Engine 4.

Xbox one no signal
Post by debrartin
0 Replies, 105464 Views