Prime your pistols and ready your rockets, the Halo 2 UK Championship has well and truly landed. Test your mettle against the nation’s finest fraggers on Xbox Live™ and secure your place in the finals! All you’ve got to do is rank in the top eight UK players from the Rumble Pit Leaderboards by 20 March 2005. If you make the grade, you’re into the national finals where you’ll compete for the official title of Halo 2 UK Champion.
To be eligible, gamers should subscribe to Xbox Live, be over 16 and be in one of the participating European countries – UK, Ireland, France, Germany, Austria, Spain, Italy, the Netherlands, Belgium and Switzerland.
Click here for signup details
Source: http://www.xbox.com 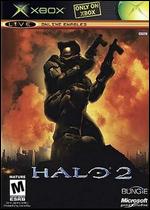