Ubisoft Calls for Defense Against EA At this year’s Electronic Entertainment Expo Ubisoft president Yves Guillemot urged stockholders to resist a hostile takeover by titanic rival Electronic Arts, according to the BBC News. Guillemot’s comments are the latest reaction to EA’s 20% Ubisoft grab last December. The French publisher described the action as "hostile" early on, and since pledged to resist a buyout, even asking the French government for assistance. Hoping to convince investors to hold their ground, Guillemot says Ubisoft’s value should double in the next two years as the company aggressively invests in its strongest brands, such as Splinter Cell, Ghost Recon, and Prince of Persia. "We prefer by far to remain independent as we will be able to double our value in the next two years as we will double our effort," the BBC News article quotes Guillemot. "We are in a business of creation," he added, "we need to keep the creativity and that is the value of the company." Of course, an stronger offering from Ubisoft could make the company even more tantalizing to EA. We’ll be back with more as the situation develops.
Source: http://www.ign.com 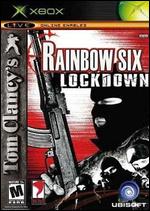 The Refolded edition has been updated with three brand new prequel chapters, starring a new character with its own unique transforming abilities.

In order to deliver the best possible experience, developers have decided to push the release of The Lord of the Rings: Gollum by a few months.

Lead a carnival of heroes to save steampunk Victorian London in this year’s most unique turn-based tactical RPG.

Alfred Hitchcock – Vertigo tells the troubled story of Ed Miller, a writer who escaped unscathed from a car crash in the Brody Canyon, California.

Xbox one no signal
Post by debrartin
0 Replies, 97332 Views