He’ll be in charge of managing Ubisoft’s national sales team and expanding the company’s sales organization in the US.

Wilcoxen also worked at BMG before its acquisition by Sony.

He will be reporting directly to Ubisoft sr. VP of sales and marketing Tony Key, who stated, “Ubisoft is excited to have him on board and is looking forward to harnessing Rick’s knowledge and experience to further drive Ubisoft’s success in the North American gaming market.”

Ubisoft recently promoted three of its top North American execs, as the Paris-based game publisher sees growing international success. The firm announced last week that its triple-A November release Assassin’s Creed is on track to sell 5 million units in the fiscal year ending in March, up from the previous projection of 3 million.
Source: http://www.next-gen.biz 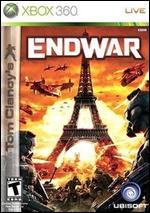