The publisher said that the success of Devil May Cry 4, which has been bundled with Xbox 360 and PS3 systems, was driven by its decision to release the game on multiple next-gen platforms.

The game will also be making an appearance on PC, although a release date has yet to be confirmed. 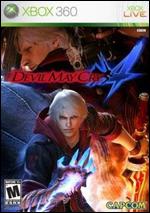