The two brothers were recognized for their "services to the computer games industry," according to a BBC report.

The two brothers founded Codemasters in the mid-80s, and in 2007 sold their remaining stake in the game developer/publisher to Benchmark Capital.

"For over 20 years David and Richard led Codemasters as it became one of the videogame industry’s great British success stories," Codemasters CEO Rod Cousens said.

"Their drive and passion for creating the best in interactive entertainment will always be part of the industry’s heritage and this recognition is well deserved."

Codemasters is the UK-based company behind the Colin McRae series, Grid and Overlord, among many others. 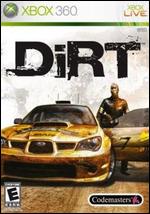