The latest installment to the weapon-based fighting series, which is available for Sony’s PlayStation 3 and Microsoft’s Xbox 360, debuted at No1 in the UK software chart, took fourth and sixth in the Japanese chart, and sixth and ninth in the Amazon.com rankings.

The game’s success is good news for Namco Bandai, which earlier this week reported a 66 percent drop in operating profit for the first quarter of the financial year. 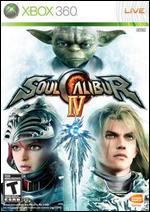