"I’d call that jumping to conclusions, and then some," said Bethesda PR man Pete Hines in an e-mail to Edge.

In the report, Howard did say that he believed that the 10 years between Fallout 2 and Fallout 3 was "a bit long," however.

To that, Hines said, "An accurate headline would probably be, ’Fallout 4 before 2018,’ since that’s what he really said (10 years is too long)." 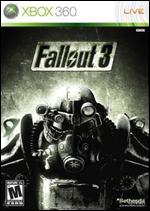