Atari has announced plans to bring Starbreeze Studios The Chronicles of Riddick: Assault on Dark Athena to PlayStation 3, Xbox 360 and PC in Spring next year, and revealed that the game is going to be more than just a remake of 2004’s Escape from Butcher Bay.
Bolstering the high definition re-imagining of the four year old Xbox game, Assault on Dark Athena will include an all new full-length campaign mode, alongside new multiplayer features.
"The first game in the series was a landmark in action gaming," said Atari’s Phil Harrison, "and the outstanding team at Starbreeze are creating a feature-packed follow-up which will delight fans and new players alike."
"Assault on Dark Athena tells a new story in The Chronicles of Riddick," added Ian Stevens, of Tigon Studios, "while at the same time sharing our original vision with a larger audience."
Source: http://www.ign.com 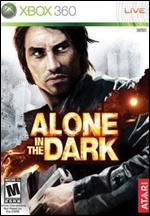