Ubisoft CEO Yves Guillemot expects critical praise for the next installment of the revered Prince of Persia franchise.

Prince of Persia is under development at Ubisoft Montreal, and is slated to release on PC, Xbox 360 and PS3 in early December 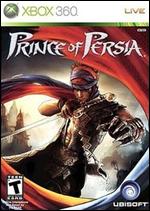