Rise of the Argonauts Has Shipped

Rise of the Argonauts immerses players in a gladiatorial adventure set in a wondrously imagined vision of ancient Greece. Taking the role of Jason, a hero and expert warrior, players will battle alongside Hercules, Achilles, Atalanta and other Argonauts as they engage in brutal, real-time combat against formidable beasts and enemies, in a vast world alive with fickle gods, jaw-dropping panoramas, deep exploration and epic quests.

From Athena and Ares to Apollo and Hermes, the Greek gods know and judge all of Jason’s adventures in Rise of the Argonauts. Wise and virtuous Athena casts down bolts of lighting to stun and smite Jason’s foes. Ares, the Lord of Battle, can imbue Jason’s weapons with the power to turn flesh to stone. Apollo, the Sun God, beams shafts of sunlight to protect and regenerate Jason’s health in battle. Hermes, the trickster of Olympus, can grant Jason the power to create decoys of himself or to banish his enemies to Tartarus, the place of the condemned. Through careful decision-making, Jason can improve himself through combat, dialogue and the divine favor of the gods. The search for the Golden Fleece is not only one of exploration, but of transformation: from warrior king to exalted hero touched by the gods. 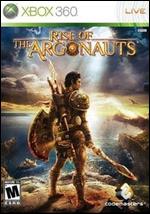