Midway has laid off 25 percent of its total workforce and is shutting down its Austin, Tex. location, the company confirmed with Edge on Tuesday.

The news is the latest blow against the Chicago-based Mortal Kombat maker, which was recently sold to a private investor for $100K.

Around 180 workers are affected across Midway’s Chicago, San Diego and Austin locations, a rep said. Related cost reductions include the "suspension" of "several on-core games," which were undisclosed.

"The fact that some of these games were being worked on in Austin necessitated the closure of the studio," said the rep. The titles were slated to release in 2010 or 2011.

Midway’s Chicago headquarters took the bulk of the impact, with 130 layoffs. Just under 250 are still employed at the location.

According to the rep, management recently recommended the cuts to the board of directors, which approved the measures just today.

A regulatory filing said that Midway expects to incur a cash charge of $1.6 million for the fourth quarter, relating primarily to severance pay. The company will incur an additional $19.9 million related to the company’s recent change in control

Earlier this month, the company announced that it had commissioned investment bank Lazard to find "strategic and financial alternatives" to defaulting on a substantial amount of debt. By mid-January, note holders will have the option to require Midway to buy back the notes.

Total debt that could be demanded back by noteholders and former majority shareholder Sumner Redstone’s holding company National Amusements amounts to $240 million.

"We don’t know as of yet," if note holders will exploit the opportunity to demand their money back, the rep said. "But we’re actively looking into it with Lazard."

Midway CEO Matt Booty said in a statement, "The cost-reduction measures are vital for us to rationalize our operations and provide the resources necessary for our core properties to succeed.

“These initiatives, along with the other steps we have taken this year, are a response to the specific challenges we are facing at Midway, many of which have been amplified by the current economic conditions.” 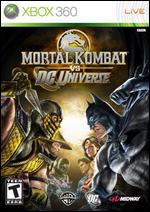