As a teaser to the game’s launch on March 3, a public demo will be available for download on Xbox Live starting on February 5 at 2 AM PST.

The demo includes the first two campaign missions as well as beginner and advanced tutorials. Players will also be able to play in skirmish mode as either the UNSC soldiers along with Captain Cutter or the Covenant, assuming control of the Prophet of Regret in "Chasms," one of 14 maps in the final retail release.

On top of that announcement, Microsoft also let loose that it is launching a video documentary series that details the development of Halo Wars. The first installment is available now on Xbox Live, Xbox.com, and HaloWars.com. 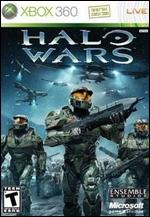