Disney Interactive has joined the fast-growing list of companies hit by the economic crisis, laying off 70 staff at the Vancouver-based Propaganda Games and looking to consolidate other studios.

Turok 2 is one of the most high-profile casualties of the cutbacks with the unannounced sequel to last year’s disappointing dinosaur shooter one of the two projects currently in development at Propaganda, but now it has been canned. Work on the second, undisclosed title is still believed to be going ahead.

"As you can imagine, given economic conditions, every industry has been impacted on a global scale. In response to this challenging business environment, we have examined ways in which we might be able to work more efficiently" wrote Walt Disney Internet Group President Steve Wadsworth to employees in an internal email picked up by Kotaku, "`The elimination of existing positions that we communicated today was a necessary step that we had hoped to avoid." 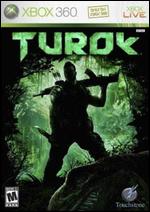