The Godfather II Pushed Back

Looks like the Godfather got an offer he could reconsider. In an announcement made today, John Riccitiello mentioned that The Godfather II, the upcoming action game from Electronic Arts, won’t be coming out at the end of February as originally scheduled.

Instead, the game will be released within the April to June segment of the company’s fiscal year to ensure a better launch. Specifically mentioning that the original release date had it placed within a competitive environment, Riccitiello stated that this would have a stronger chance to thrive at a later time.

This makes some sense considering that Street Fighter IV, Killzone 2 and The Lost and the Damned downloadable content for GTA IV were all scheduled to come out within a week of the Godfather’s old release date. 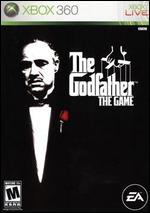