The game and film sequels are both scheduled for release in 2010 on multiple platforms. Iron Man 2 is currently under development at SEGA Studios San Francisco.

In a news release announcing the game, SEGA said it has "continued to refine its game engine so that players can expect an entirely new and enhanced gameplay experience."

The Iron Man film was both a critical and commercial success last year, but the videogame tie-in, developed by internal SEGA studio Secret Level didn’t fare as well. The game was poorly received by critics. The new game is being developed by the SEGA Studios San Francisco.

"We are thrilled to build on the success of the Iron Man phenomenon and work with Marvel and Paramount on another epic project," said Simon Jeffery, President of SEGA of America, Inc. "SEGA and Marvel are collaborating closely to ensure we deliver an authentic Iron Man experience." 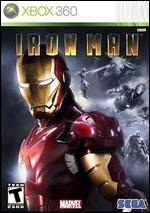