Ninja Blade, the somewhat underwhelming looking slash-’em-up from From Software and Microsoft, is coming to Europe on April 3 – with the US release coming some four days later on April 7.

Bearing an uncanny resemblance to Ninja Gaiden, Ninja Blade’s an Xbox 360 exclusive that features a familiar mix of third person slashing and duels with ridiculous beasts. Worryingly little’s been seen of the game to date, with our last good look coming at the Tokyo Game Show back in October– though Microsoft’s to put a demo up on Xbox LIVE on March 9 for all to see. 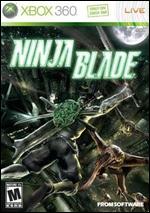