Electronic Arts has pushed through a patch for Skate 2 that addresses a number of outstanding issues with the skateboarding title. From tweaking the feel of off-board controls to fixing graphical hitches and adding custom soundtracks for PS3 gamers, EA has gone big with this title update.

For a full list of all the tweaks, additions, fixes and removals, see the official comprehensive list below: 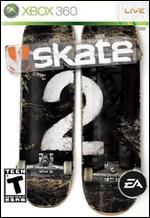