That global retail sales figure has been amassed in the space of five months. The figure combines both Xbox 360 and PC retail sales, but does not include purchases made through Valve’s digital distribution Steam platform.

In February Valve decided to cut the price of Left 4 Dead by 50 percent, with the discount price only available for a single weekend. It was later at the DICE summit in Las Vegas where company founder Gabe Newell announced that the discount had propelled sales of the title up 3,000 percent, reigniting the long-standing debate on whether games are too expensive. 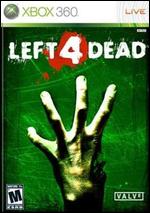 Xbox one no signal
Post by debrartin
0 Replies, 118058 Views