At a recent press event, Bethesda’s VP of Marketing and Public Relations Pete Hines told attendees not to hold their breath in regards to a new game in the Elder Scrolls franchise. The team led by Todd Howard that is responsible for the Elder Scrolls games -- including Morrowind and Oblivion – as well as Fallout 3 will remain quiet for now. As Hines plainly stated, "The next big project announcement is not coming anytime soon."

Those hoping to revisit Tamriel in the interim can look forward to two books currently in the works, to be published by Del Ray books. The first, penned by Greg Keyes, is titled "The Infernal City" and picks up the story at the end of the events from The Elder Scrolls IV: Oblivion. It is due out this fall. 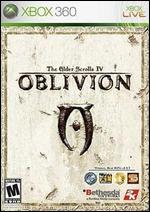 Xbox one no signal
Post by debrartin
0 Replies, 115863 Views