Amazon.de has beaten Microsoft to the punch and listed the Forza Motorsport 3: Prima Official Game Guide for advance purchase, effectively announcing the game’s existence. Forza 3 has yet to be officially announced by Microsoft or developer Turn 10, though hints and leaks regarding its existence have been about as common as your garden variety pigeon.

This latest info points towards a fall 2009 release as the Official Game Guide has a September 30, 2009 release date attached to it. This news was first reported by VG247.

All signs point to an E3 announcement from Microsoft. 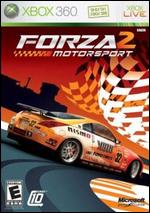