In January, Bowling put the online total for the Xbox 360 at 10,006,606 unique users, suggesting a considerable increase over the last few months - despite the game having been originally released in November 2007.

The number of PlayStation 3 unique users, which naturally were not mentioned on Hryb’s show, were put at 4,381,276 unique users in January. With a significant percentage of users likely never to have played the game online, the game’s overall unit sales make it one of the most successful titles of all time.

The first direct sequel to the game, to be known simply as Modern Warfare 2, is due for released on November 10. It is widely expected to be the best-selling game of the year, with Activision even voicing hopes that it will become the best-selling title of all time. 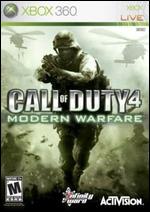