If you’re like us you’ve downloaded loads of songs for Rock Bands 1 and 2. The next evolution of the game, The Beatles: Rock Band, arrives later this year, but it won’t be supporting all those previously purchased tunes. Our dreams of seeing Paul McCartney sing "Down with the Sickness" are ruined.

Harmonix confirmed to IGN today that The Beatles is a standalone game that isn’t compatible with Rock Band 1 or 2. It will have its own, exclusive downloadable Beatles songs and albums, though.

The new Beatles instruments (guitars and drums) will be compatible with Rock Band 2. 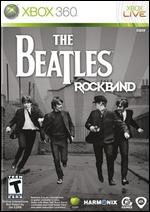