Ubisoft and special editions just about go hand in hand. That’s why it should come as no surprise to anyone that they announced a limited edition sku for Assassin’s Creed II.

Picked up by Kotaku, Black Edition is currently only announced for PAL territories. It’ll ship in black packaging (shock!) with a "unique authentic holographic signature." 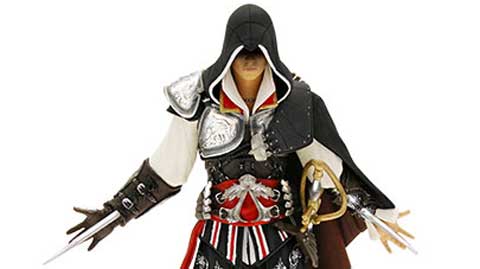 Also included is a "64-page finely crafted leather style hardcover and parchment-finish" book, the soundtrack for the game, an action figure of Ezio, behind-the-scene interviews, and 3 "in-game bonus quests."

We pinged Ubisoft to see about price and availability details for North America. We’ll let you know if we hear back from them.