Before it was officially announced at E3 2009, it was hard to imagine Microsoft’s controller-free interface, ’Natal’, actually coming across as anything more than an EyeToy clone or an act of one-upmanship aimed squarely at Nintendo. Yet, more than any other unveiling at this year’s show, Natal wowed us with its integrity.

The device, which integrates a combination of cameras, sensors, microphones and a microprocessor, actually holds the potential to trigger a rethink on gaming and interaction that rivals – or even surpasses – what Nintendo’s Wii did using motion controls.

Here are our reasons why Natal is going to be a massive force in gaming when it eventually drops worldwide.

If Nintendo and Sony aren’t watching Natal very closely right now, it’ll be to their detriment long-term. Whereas the Wii stole the spotlight by reducing the need for traditional controllers and button input, Natal holds the potential to go much, much further. It is, in fact, an Augmented Reality device as much as an input method – and that’s a big deal.

It not only taps into the popularity of non-traditional game designs like Wii Sports (Microsoft demonstrated a game called Ricochet, which involved full-body ball-deflection), but does so in a far more sophisticated manner. People tend to enjoy a bit of a spectacle – having a giggle while watching someone jump around, or doing it themselves – and this takes the concept to an altogether higher level.

The trend for motion control isn’t going anywhere – it just needs refining. That’s a proof undeniable when you look at Nintendo’s MotionPlus add-on for its Wii Remotes, which are often criticised for their inherent lack of sensitivity. From what we’ve seen, Natal refines it to the point where it actually negates the need for any buttons. It detects your hands, small movements, big deliberate sweeps and smaller, subtle adjustments – but that’s only the start, as you’ll see.

While physicality plays a big role in making Natal a tantalising concept, it’s only one part of the equation. The others are sound-interpretation (tonal and speech recognition) and image scanning and saving.

When developer Lionhead’s Peter Molyneux introduced its digital character, Milo (an unassuming school boy), it pulled the rug out from under us, resetting our preconceptions about the limits of this technology. For the first time, having a logical, meaningful exchange with an AI character is possible, thanks to a combination of speech recognition and the use of the camera on the Natal bar. Milo could ’hear’ and interpret the tone of your voice to determine your mood and ’understand’ your words, replying with logic and reacting physically on-screen.

What really blew us away, however, was when the Milo routine broke through the Augmented Reality barrier, allowing you to ’pass’ an object into the game world and have Milo interpret that object. In the instance of the demonstration, we watched an illustration on a sheet of paper get scanned and passed into the game world, where Milo grabbed hold of it. Incredible stuff. The Matrix is here. 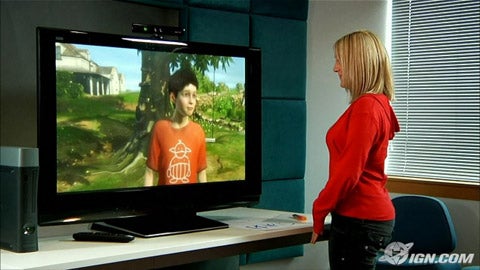 I hope we can make him cry.
Big Name Endorsements

Steven Spielberg, one of cinema’s most successful and beloved directors – and born-again gamer – very publicly backed Natal at its unveiling at E3 this year. That’s a massive coup for not only the product’s vision, but the integrity of the technology and the potential impact it might have.

As Spielberg very succinctly put it, the hands-free input doesn’t reinvent the wheel, "there’s no wheel at all." It takes away the veil of intimidation that shrouds casual players and non-players from interacting with games. In effect, it presents no barriers between watching, playing and socialising. Not even the Wii can offer a playing field that level. To that end, ’The Casual Factor’ comes into play.

As we mentioned earlier, the potential to capture the non-gamer in this market and climate has never been better – or easier. There are more gaming-related headlines in the news these days than since the golden-era of gaming in the early-80s. Everyone is a gamer - or, that’s the PR line most casual game publishers want us to swallow.

The reality, however, is that almost 60 percent of households in the US still don’t own a console – and a big part of that is because of the cost factor, the barrier the technology presents and, critically, the content itself – which may not appeal. That brings us to… 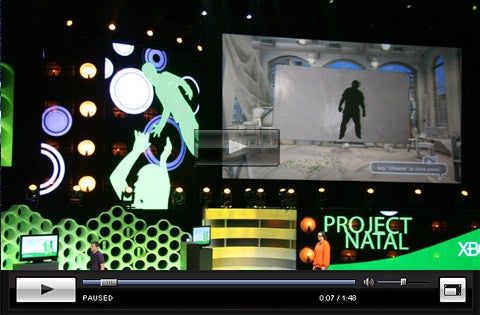 With Natal, we think that gaming is going to be a very small slice of this device’s broader appeal. Rather, with clever content integration and intuitive design (not to mention accurate function), we expect a proliferation of motion-based applications such as Facebook and Twitter compatibility (with deals recently struck with both social networks). The idea of using your hands to type or write onto the screen, paint pictures and interact socially seems like too perfect a fit for Microsoft to neglect.

On the game front, this device opens the door to true first person shooters, where your arm is the weapon and your movement actually propels you forwards – negating the need for sticks and buttons. Just imagine the potential in a stealth simulation where your character on screen actually responds exactly to your movement, posture and even sounds you make. It’s drool-worthy stuff, we think you’ll agree. We just hope that this gaming revolution comes sooner rather than later, and at a price that we can all afford.