SAN FRANCISCO, Calif. – July 6, 2009 – Fans have asked and LucasArts has delivered!  Today the company announced a new initiative in its effort to revive its classic and beloved franchises by making its games available for the first time ever as digital downloads online.

In this first round of releases, ten fan-favorite LucasArts PC games will be made available Wednesday, July 8 on Steam®, Valve Corporation’s delivery and management platform for the PC.  Scheduled for release are classic adventure titles like LOOM and The Dig and hit action games including Star Wars Battlefront II and Star Wars Republic Commando.

The complete list of games to be released on July 8 via Steam includes:

“This effort is going to make it possible to introduce a whole new generation of gamers to LucasArts’ classic games,” said Darrell Rodriguez, president of LucasArts.  “It also gives more people a chance to play our games by making them available long after they’ve disappeared from store shelves.  We hope our fans are as excited as we are about our plans and we can’t wait to share what’s coming next.  This is just the beginning.”

LucasArts previously announced the return of the classic Monkey Islandâ franchise with two new projects due to be released in the near future. Tomorrow, July 7, Telltale will premiere the Tales of Monkey Island® game series on PC, delivering a completely new epic storyline and swashbuckling flair that will unfold across five monthly episodes.  The first Tales of Monkey Island chapter is expected to release for WiiWare™ in the coming weeks as well.

The Monkey Island celebration continues on July 15 when LucasArts publishes The Secret of Monkey Island: Special Edition, a completely re-imagined version of the first game in the series that adds updated high definition graphics, a re-mastered musical score, and full voiceover to the classic adventure game originally launched in 1990.  The Secret of Monkey Island: Special Edition will be made available on Xbox LIVE® Arcade for the Xbox 360® video game and entertainment system from Microsoft, and PC via Steam and other online distribution channels. 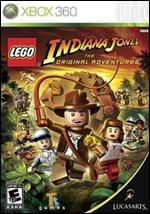