The popularity of the DICE developed shooter – which launched on Xbox Live and hits PSN today - seemingly caught the developer by surprise, but it has moved quickly to almost double server capacity in order to limit player connection problems.

"Good news, the game is incredibly successful beyond even my expectations,” said a DICE rep. “We have reached server capacity, but the bad news about this now some people can’t join unless someone leaves. But don’t worry, we are adding more servers ASAP to Xbox and in preparation PS3 that should start going up ASAP with priority on Xbox 360." 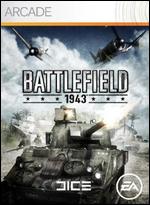