Fans clamoring for face button controls just got their wish.

Electronic Arts announced plans today to release several downloadable content packs for Fight Night Round 4 on Playstation 3 and Xbox 360. One of which being a free update made available in September that allows players to map punches to the face buttons on the controllers.

Another DLC update released later in August will include a new training gym, new gameplay sliders, and new equipment. Xbox 360 owners will also be getting an exclusive alternate version of Sugar Ray Leonard.

"The depth and variety of new content we have planned this summer is going to make one of the most critically acclaimed games on the market even better," said senior producer, Dean Richards in a press release.

"Among the new content in development, our new button control scheme will give fans a choice for how they want to throw punches in the game. We strongly believe that the refined Total Punch Control is the most intuitive way to throw punches in Fight Night Round 4, but we also want fans of the franchise to have an option."

EA did not say when or how many more DLC packs fans can expect to see. 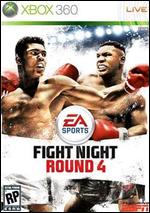