Michael Jackson Game Unlike Any Other?

A new Michael Jackson game was confirmed earlier this morning, but very few details about the project were released. Now it’s revealed the game was to be as big as one of Jackson’s albums.

David Perry, a legendary game designer (Earthworm Jim, Wild 9), told IGN he was working with Jackson on the new project and that the singer was hoping to capture a new audience.

"I was working with Michael on an idea to release a brand new album as a game. It was one of those "big" ideas and would have introduced millions of new players to the video game industry, that was the goal," Perry said.

"He was going to help promote it on a grand scale. We worked on a design and I even brought an industry friend up there to Neverland to help with the work. The timing was terrible however as this was when the 2nd round of allegations happened and everything went to a standstill. 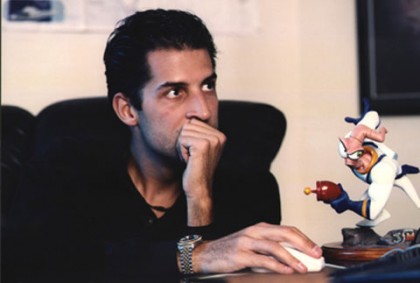 Perry would continue on say he was thrilled to have been a part of the project and is glad the game will eventually see a release.

"That said, I’m really honored to have spent time with the guy, any gamer would get along with him, he really loved the same kind of stuff we do. I also was lucky as I was given free roam of Neverland and have played even his Moonwalker arcade machine, and watched movies in his theater," Perry added.

"I’m really happy to hear there’s a game coming, it’s sad he won’t be able to really promote his love of gaming when it launches."