Call of Juarez Bound in Blood to get DLC Treatment

Ubisoft announced an "Old West Map Pack" for Call of Juarez Bound in Blood for Xbox 360 and Playstation 3, which contrains four new multiplayer maps. The maps will be released on August 6, 2009 and will be available for every game mode. No pricing details were revealed.

Here are the details for each map:

- Vulture Mine: Based on a theft of gold from the mine, outlaws must breach the storage facility and rob the gold stash while destroying a lift in order to Escape.

- Fort Smith: In this prison escape, outlaws must breach a jail wall, ring an alarm at a nearby Sheriff’s office and then try to escape.

- Elmira Prison Camp: The epic escape from Union Civil War Prison at Elmira, NY, on October 7, 1864 is recreated. Prisoners must blow up the camp and make their way to an armory and attempt to gain means of transport. 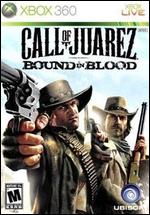