We’ve heard a lot of the community asking for a Double XP weekend, but instead of just two days, we’re going to give you four! Once the patch goes live on August 6th, all games will be Double XP until Sunday (August 9th) at Midnight PST. No matter which playlist you pick, you can earn a ton of XP and make your way up to the elusive Ostrich Hammer.

Another addition to this patch is a new playlist titled "MLG Playlist". This specific playlist contains rules that were sent to us from MLG and are equivalent to what the 4v4 Ladder Tournament will follow, across multiple modes. This is a great way to get in a quick pick-up game with your team without having to setup a custom game. You can find the full playlist settings here, just scroll down until you see "K. Settings".

As per usual update status, the 360 patch normally goes live around 4AM PST and the PS3 will go live sometime in the afternoon. If it’s not up directly at 4 AM for those of you who sit and watch the atomic clock, just be patient and grab a snack while you wait. There will be plenty of time to experience the new Challenge Mode in Wrecking Crew, go hunting for some elusive Mining Ore, or build up your XP with a few MP games. Remember that our first DLC pack will be releasing next week, so stay tuned for more information on that soon. You can find the rest of the patch notes here. 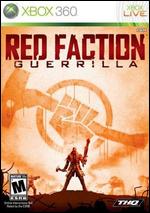