The ongoing lawsuit between Activision and Double Fine Studios has come to an end.

As reported by the Associated Press, Vania Stuelp, a spokesperson for the Los Angeles Superior Court, said attorneys from each party have reached a settlement over the upcoming videogame Brutal Legend.

The report points out, however, that no settlement report has been filed. But a hearing scheduled for today, where Activision was set to argue why the game should be held back from being released, was apparently canceled.

We’ve asked for comment from both Activision and Double Fine and will update you if we hear back. 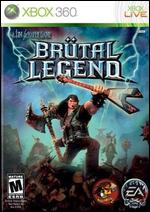