GRIN has been in some financial trouble as of late. Earlier reports speculated the developer was forced to shutter several of its smaller offices, but now it’s official. 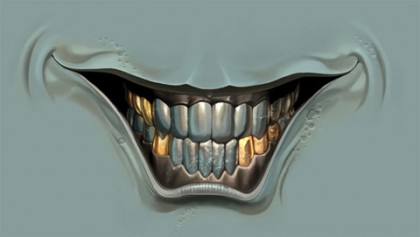 "It is with a heavy heart we announce today that GRIN has been forced to close its doors. This as too many publishers have been delaying their payments, causing an unbearable cashflow situation.

After twelve years of hard work, employing hundreds of wonderfully talented men and women, it is over. It has been a great adventure and the GRIN family has experienced what few have.

Looking back at twelve years of games, titles such as Ballistics, Bandits, GRAW 1 & 2, Bionic Commando Rearmed, Wanted: Weapons of Fate, Terminator: Salvation, Bionic Commando and our unreleased masterpiece that we weren’t allowed to finish; it has been a great ride."

Two titles that could have started the company’s downturn were Bionic Commando and Terminator: Salvation, both of which were not commercial successes.

Not all hope is lost, however, as several members recently laid off have already started their own development house called Outbreak Studios. The new developer is dedicated to bring smaller games to Xbox Live Arcade, Playstation Network, Games for Windows Live, PSPgo, and iPhone.