One of the most enduring franchises in multiplayer gaming has reached yet another milestone in the last week with news that Hudson’s Xbox Live Arcade version of Bomberman has now been downloaded over 500,000 times.

“We are awed by the enthusiasm and excitement of Bomberman fans everywhere,” Hudson’s VP of digital downloads Sabine Duvall stated.

“Watching fans have fun with Bomberman and each other in this classic, fast-paced action game has been truly rewarding. The success of Bomberman Live is a testament to the longevity of the Bomberman series, which has entertained fans of all ages on nearly all platforms and continues to do so.” 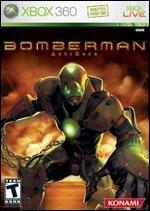