When Capcom pushed Dark Void in 2010, they said it was due to the "crowded holiday season." But that wasn’t the main reason, apparently. It seems they’re adding a little something extra as well.
"The main reason we delayed Dark Void was because we really wanted to spend the extra time we needed to re-polish it and add a new feature," Capcom associate producer Shana T. Bryant told Kotaku.

Among other things, it seems that hovering was added just last week. All it will take is a double jump, and they’ll be hovering in the air while the boost meter depletes, which means that players will have more options when it comes to tackling obstacles.

"We are play testing it and balancing it now. We’re kind of getting to that sweet spot for difficulty," Bryant said.

Capcom is also tweaking other mechanics, making the collisions far more forgiving (they no longer equal instant death), ironing out other problems. According to Bryant, the team has wanted to add the ability to hover for a while now, calling it "the best game design decision we’ve made. 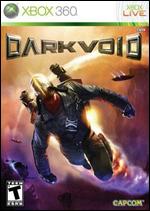