Shane Kim, Xbox vice president for strategy and business development, is retiring after 19 years at Microsoft, the company said today. He’ll leave at the end of the year, after helping with the transition. 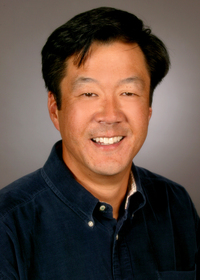 Kim (above) was head of Microsoft Game Studios until last year, when he took the strategy job and Phil Spencer, the studio’s European manager, became studio boss.

With Kim’s leaving, Spencer is being promoted from general manager to vice president.

Kim, 46, graduated from Stanford and Harvard Business School but has no immediate plans for his next move. He’ll spend the next four months helping Durkin with the transition, according to an internal memo from Xbox Senior Vice President Don Mattrick announcing the changes.

"Shane’s been an instrumental leader in the evolution of Microsoft Game Studios and the Xbox business -- from the early days of Flight Simulator and Golf to the launch of the original Xbox, to the successful launches for two of the biggest entertainment franchises in the industry -- Halo and Gears of War," Mattrick wrote. "Shane’s passion for this business and industry runs deep and he will be dearly missed. Having dedicated the last two decades to Microsoft, Shane is eager to make up for lost time with his family and friends."