More and more titles continue to slip into 2010. Activision announced the delay of its upcoming arcade style racer, Blur. The company says this move will allow the development team, Bizarre Creations, more time to work on the game’s "innovative" multiplayer.

"We are committed to making Blur a great new racing franchise, and we are very encouraged by the game’s design," announced Mike Griffith, President and CEO, Activision Publishing. "The additional time will allow the studio to fully optimize the vision they set out to create for Blur including a distinctive and groundbreaking multiplayer mode that will appeal to a broad audience."

Activision did not provide a timetable for its new release date, but an early 2010 launch seems reasonable. 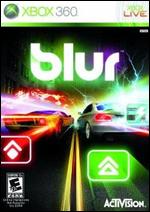