Established in 2000, Nadeo is best known for TrackMania, a multiplayer racing title that that lets players create their own courses. Almost 15 million custom tracks have been created since 2008 and the game has 700,000 unique players a month. 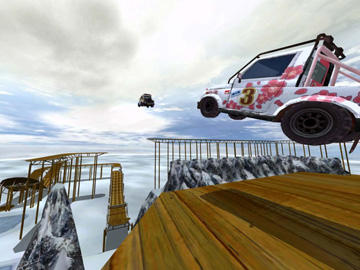 "The acquisition of Nadeo is an important step in our expansion within the online gaming sector," said Ubisoft CEO Yves Guillemot. "Through Nadeo, Ubisoft will gain an expert team, one of the best online technologies around as well as a flagship multiplayer game that enjoys an unrivalled reputation among a loyal and committed community. We are excited about the idea of introducing TrackMania to an ever-wider audience and sharing the expertise of Nadeo’s teams with our company’s other developers."

Nadeo CEO Florent Castelnérac commented: "Joining Ubisoft is a huge opportunity for us to develop and innovate and take Nadeo to new horizons."