Bethesda and Splash Damage’s ambitious first person shooter Brink has been delayed to the end of 2010.

Originally slated for release next Spring, Brink is Enemy Territory creator Splash Damage’s first true foray onto consoles, and it’s a shooter that aims to seamlessly blend online and offline play – while blending in a little inspiration from Mirror’s Edge at the same time. 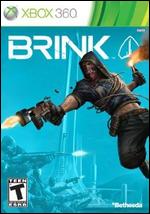