This agreement ensures that WWE games will continue to be an important cornerstone of THQ’s annual release schedule for the long term,” said Brian Farrell, THQ President. “We look forward to working directly with WWE to expand their brand in the video game space through continued game play innovation and increased online delivery of WWE content.”

Donna Goldsmith, WWE chief operating officer, added, “As one of the most successful video game brands, WWE is excited to work directly with THQ to translate WWE’s colorful characters and ever-changing content into exciting and fresh video games for our fans."

THQ and JAKKS Pacific have also reached settlement agreements over WWE video game and toy licenses and the THQ/JAKKS Pacific LLC joint venture. Under the three-party settlement, all claims are withdrawn and all litigation ended among the parties without any party admitting any wrongdoing. As part of the resolution of these matters, THQ will pay WWE $13.2 million. 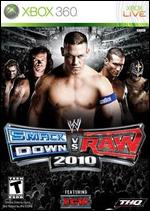