Ubisoft has announced the long-awaited release date of Splinter Cell: Conviction. The title will be shipping on April 13, 2010 for Xbox 360 and PC, hopefully putting an end to its seemingly ongoing delayed status.

As recent as July, the publisher delayed the title out of its 2009 release into early 2010, but then later delayed it further out of February until this coming April.

To make this announcement, Ubisoft thought it would be more efficient to send everyone at IGN a rock with the release date printed on it. Does this rock signify anything? Let’s try breaking it open...

This means the date is now etched in stone. 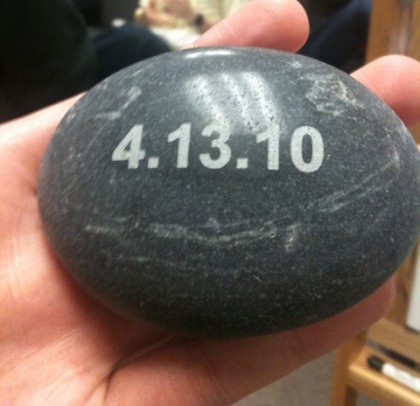