Today at the X10 event in San Francisco Microsoft announced that Alan Wake will be available for purchase on May 18th in North America and on May 21st in Europe. If you’ve been looking forward to this title, you’ll be excited to know that there will also be a preorder bonus called the Bright Falls Bonus pack.

Gamers who plunk down some money early can expect to receive a few items in addition to the game including avatar outfits, a making-of video, and dashboard themes. There will also be a limited collector’s edition with a bonus disc containing behinds-the-scenes footage, hints from the developers, a soundtrack, and a book. The book is called The Alan Wake Files. You can check out a picture of the special edition below.

Alan Wake has been in the works for a long time, are you excited to finally play this game? 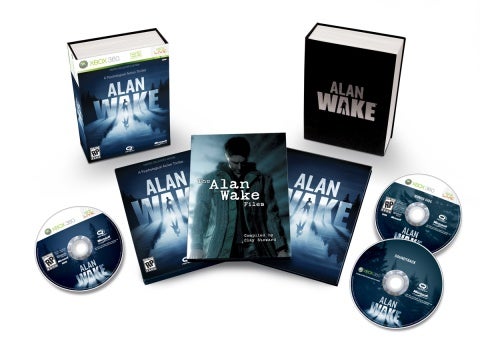