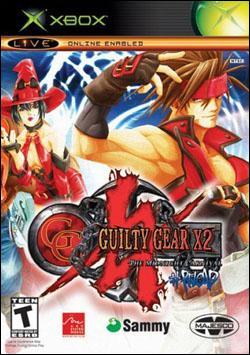 Overall: This game looks, sounds, and plays great. It is a fighter that has a feeling of no other like it. The XBL has terrible lag however, more so than other fighters, so this hurts it very much. But the 2 player and arcade are very fun to play. A great addition to the collection.
Gameplay: It has simple buttons and concepts with a lot of unlockables and such to make you strive to beat it again and again. It has all the moves listed for the characters and really helps you learn them this way. Yet, it still has a lot to it when it comes to combos and really getting good.
Graphics: It has a look to it like no other fighter does. Very crisp graphics with bright colors and just an overall look that no other has had. A very appealing look in my opinion. The character designs are also just amazing. They really are the most unique set of characters I've seen and all can be used effectively.
Sound: Its sounds are very good. The moves and characters personalities are shown through the sounds very well. The music is bad as all fighting games are but it fits in nicely with the games feel.
Suggestions: this game is awesome! Bring more out like it but fix the lag!!

Overall: A fast paced, 2d arcade style fighter. At only $20.00 this game is a steal. With the addition of LIVE, the Guilty Gear series only grows stronger.
Gameplay: The gameplay is incredible. With its quick responses and speedy attacks, GGX2 does better than any other 2D fighter on Xbox. The many odd characters only add to the greatness that this game is.
Graphics: Crisp. Very Crisp. Perfect for a 2D fighter. The over alll design of the game will appeal any fan of fighters or anime.
Sound: The game has a nice set of tracks. It goes with the overall feel. The only thing to make it better would be the ability to customize them
Suggestions: Before you ship the game, make sure the booklet is spelling error free.

Overall: This game is awesome. If youre a fan of fighting games then this is a must have. Xbox lacks online fighters but they did a great job with this one. Id still like to see a player get a win if someone drops but its nice to see they are getting punished a bit at least. Xbox is bringin the best fighters from the arcade to the home console and its a great move. And a bonus is since the game is older, it is cheaper even though its great.
Gameplay: The gameplay is awesome. Any combos you have seen done anywhere are possible on this game. Lag is a bit of a factor in the game. It can kill the gameplay online but this game is a huge improvement online from past online games. Its the best online fighter for lag ive seen. The game has many game modes in it that help introduce you to all of the characters.
Graphics: This game is one of the best looking 2D fighting games to hit arcades and to have it come to Xbox and look the exact same is amazing. It looks incredible. Of course it doesnt use the Xbox's full capabilities but the original game never did.
Sound: It sounds just like it does in arcades. Nothing was left out of this game when brought to the home console.

Overall: A fast-paced, 2-d arcade fighting game. Has some very bizarre characters and some really inventive moves.
Gameplay: The controls are quick and responsive, which they should be in a fighting game. Also, the more powerful the move, the higher the difficulty of pulling it off.
Graphics: There is nothing here that is going to blow most of today's gamers away. However this is the best looking 2-d fighter I've ever played. Smooth animations and nicely detailed backgrounds.
Sound: There is no custom soundtrack option. The music isn't annoying, but it isn't great either. Power chords and heavy beats, it fits the game nicely.
Suggestions: Add custom soundtracks, and come up with more characters. There can never be too many.

Xbox one no signal
Post by debrartin
0 Replies, 106649 Views