Dead or Alive and Ninja Gaiden designer Tomonobu Itagaki will be revealing his new game at E3 -- his first project since leaving Tecmo.
In a letter posted on Valhalla Game Studios’ official site, Itagaki said that the team’s motivation was always to "come up with a project from scratch." He also called the new game the "fifth all-new project" in his lifetime, with the first four being Dead or Alive, Ninja Gaiden, Dead or Alive Xtreme Beach Volleyball and Ninja Gaiden Dragon Sword.

"I don’t know if that number is large or small, but I know as a fact that every one of these announcements was a presentation of a new gaming paradigm from me to all of you," Itagaki wrote.

"This time, it is no different. Details will be coming soon, so please look forward to hearing from me."

We don’t have a lot of details on the new project yet, but according to an interview given last year, it won’t be a fighting game. His most recent project was Ninja Gaiden 2.

Itagaki has traditionally developed for Microsoft’s consoles, so don’t be surprised if his new game turns out to be an Xbox 360 exclusive. 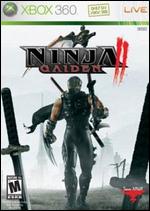