The strange circumstances surrounding Super Street Fighter IV DLC on Xbox Live have yet to be resolved, according to Capcom Japan. As the company restored a few items to the download service’s virtual shelves, it also cast doubt on the remaining Ultra costumes’ release schedule.

Let’s start with the good news: after yanking the new Ultra costume packs last week, all three items were put back on sale as promised. In addition, the new Ultra Femme Fatales Pack met its appointed November 16th release date.

The bad news is that in response to these delays, Capcom Japan is unwilling to commit to their previously announced release schedule for the six remaining Ultra costume packs. All unreleased DLC for the game is now listed as "undecided" on the official Japanese site.

Capcom Japan again reiterated that these issues are entirely connected to the Xbox version of the game. PS3 owners can continue to expect the remaining Ultra costumes in a timely manner.

While an official English response has yet to be posted from Capcom USA (or Microsoft in any language), all of the previous delays and issues were first announced on the Japanese side before making their way 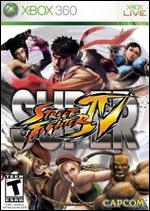