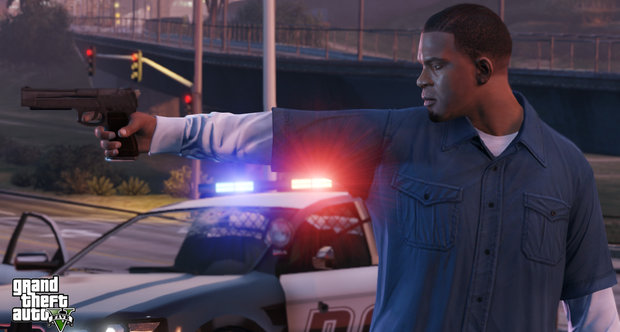 Rockstar has finally released a little bit of gameplay for its upcoming return to Los Santos in Grand Theft Auto 5. Previously, all we had seen is some well-crafted pre-rendered footage of protagonists Michael, Franklin and Trevor as they went about their chaotic lives.

The narrated video, billed as an introduction to the game world, shows off snippets of play and a look at some of the driving and weapon mechanics in the game, and some of the interaction between the lead characters.. It also gives a glimpse of actually planning out missions, as well as some side distractions, such as playing tennis and golf, hunting animals, and bounty hunting. You can even do some stock trading or dabble in real estate.

The end of the video teases Grand Theft Auto Online multiplayer, which will have more details coming "soon."

The game is scheduled to come out on September 17 for PlayStation 3 and Xbox 360, and will require an install on both consoles.