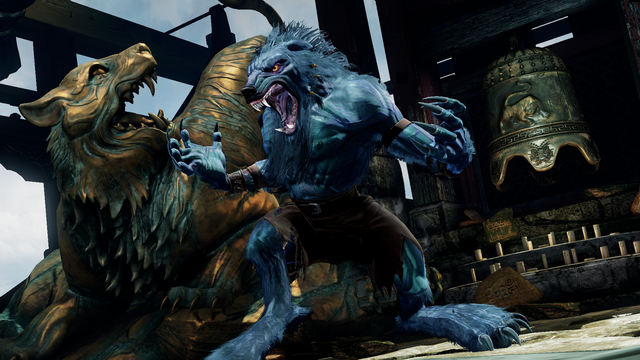 During the Killer Instinct presentation at EVO 2013, the game was met with a pretty negative reception. Following the Injustice: Gods Among Us Finals, Madcatz and Double Helix came out on stage to do a 3-match presentation of the new and upcoming Killer Instinct game for the Xbox One.

And it wasn’t pretty.

First, I was personally watching the Twitch stream and reading the comments in the chatbox. There were around 98,000 people watching the KI presentation at the time (remember, this is during the EVO Finals), and I can accurately report that mostly (think 95%) everyone in there was tearing the game apart. Comments such as “Get this s*** off the stream” and  ”Nobody cares, show Marvel!” and “This looks terrible” were prevalent. Most viewers were blatnatly not impressed. The viewers were also not convinced that the commentators were genuine about their hype, and also felt that the matches were scripted.

Secondly, even worse, the attendees at EVO started chanting “Marvel! Marvel! Marvel!” in the crowd. Translation: “We don’t care for this, get off the stage.” I felt pretty bad for the guys from Double Helix, as it was clear that they heard the chants but had to ignore them and continue their commentary over the game.

And last but not least, after the presentation was over and they were wrapping it up with some details, they dropped that forbidden name: “Xbox One”. The crowd was instantly outraged and boos ensued for quite a long stretch of time. You could tell on the look on the presenters’ faces that they were clearly embarrassed, and you couldn’t help but to feel for them.

It was really something to watch this all go down live, but it just goes to show just how much damage Microsoft has down to the Xbox One’s image, and I feel that an actually good game may be getting battered because of it.