KI's tournament scene might really be "Better with Kinect" 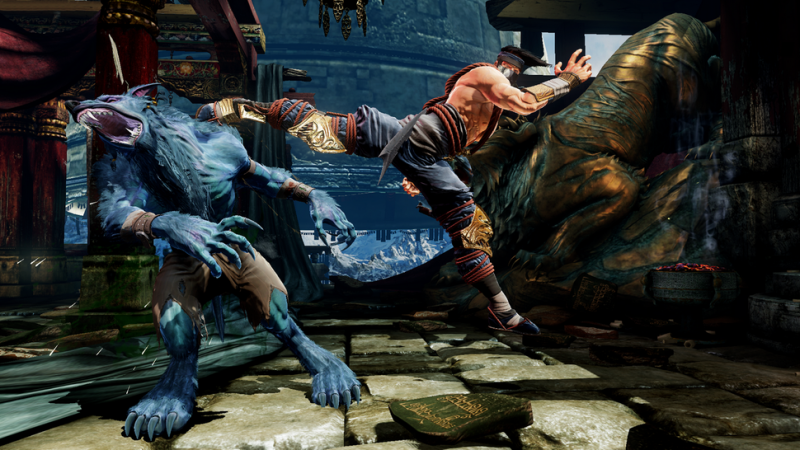 At the Evo 2013 fighting game tournament in Las Vegas, Microsoft Studios creative director Adam Isgreen (via IGN) said Xbox One, which must be connected to Kinect to work, will smooth out the process of setting up tournaments both online and offline.

Killer Instinct will use Kinect to automatically detect who’s playing and load their settings - even during a match, Isgreen explained.

"We want to have features to set up tournaments with your friends," he said.

"Say there are eight of you and you just start sitting down. I know a lot of people are like, ah, the Kinect camera in the room, I’m scared! But the coolness of being able to sit down, the controller pairs itself to you when you pick it up. It knows your buttons. It knows how you like to play. It knows what characters you want to play.

"You can just say Start, and go. It knows who you are in the tournament bracket, so it will just automatically do the matches correctly."

He added: "If you have a character you love, it might primary select that character already. Your buttons are already configured based on you picking up that controller. It knows it’s you, so it can do the leaderboards correctly. All that’s possible on Xbox One - mid-fight, too.

"So, here, you play, you give me your controller, it reconfigures it to me.

The new and improved Kinect is more accurate than the version for Xbox 360, and it can recognise players and automatically load their profiles.

"There are a lot of neat features we can start to do that you can’t do right now," Isgreen said. "We can’t do that without having those kind of things built into the box. That’s one of the reasons we’ve kept them in. There is a lot of really cool stuff coming for it. Those are the kind of features we want to uphold for tournaments, online or offline. It’s going to be a big push for us."

Microsoft has partnered with Twitch for game streaming on Xbox One, and Isgreen hinted that this, in combination with the ability to swap quickly between apps while playing games, will be incorporated into Killer Instinct.

Killer Instinct, developed by Double Helix, is a downloadable launch title due out this November. Four characters have been confirmed: Jago, Sabre Wulf, Glacius and Chief Thunder.